We’d love to hear from you

What Fort Lauderdale Customers are Saying 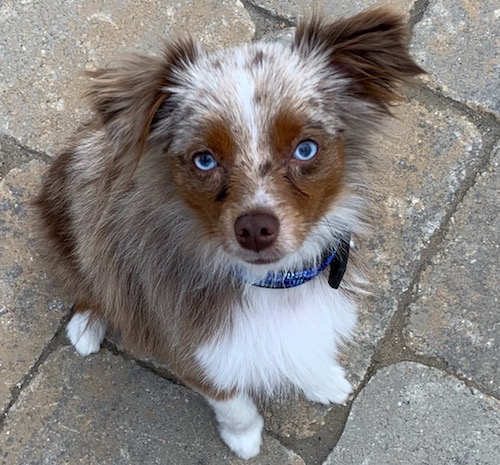 I cannot recommend Auggie's Pet Spa enough. I was recently gifted a Goldendoodle and I've always heard the scariest stories about groomers. I was so nervous to leave Pablo (my pup) here for the first time. The first time around he was groomed by Jennifer and she did a fantastic job. I can tell I probably annoyed her with my 101 calls during the grooming session- so Jen, I appreciate you answering every answer and assuring me he was in the best hands possible. I opted for just having his private areas, paws groomed. The second time around Pablo was groomed by Glen. This time Pablo had a special shampoo prescribed by his vet and they had no issue using it. I talked to Glen about shaving Pablo down, but not completely bald. In the end, it is just hair so I wasn't too nervous. Pablo looked so handsome!! Glen evened out his fur and didn't shave off too much. I was SO pleased with how he came out. Pablo also just runs right in as soon as I take his leash off, so I know he likes going there. Again, I cannot recommend this place enough. From pricing, the staff and quality of items they sell. This place is the real deal.

Great customer service and they offer a variety of spa services. Easy to book and clean facility.

Just got home to see my freshly groomed Bella, our Labradoodle. 🥰 She looks amazing!!! She looks ‘styled’, not shaved!!! Her nails feel wonderful, short and smooth. Thank you 🙏🏼 Jennifer!!! We definitely recommend Auggie’s and we will return!!! 😀👍🤩

Just picked up some puppy shampoo. The gentleman was very helpful.

I only adopted Charlie 3 weeks ago, and I've never taken him to the groomer before. I was trepidatious because you always hear horror stories, and though I trusted my previous groomer they are quite a distance away from me now that I purchased a home. Auggie's came highly recommended from my neighbors, and I'm so glad I came here! Charlie looks so freaking handsome! The pricing is reasonable and they obviously love animals. They did a great job and I'm so pleased that I found a groomer I can trust near me. They are knowledgeable and kind and Charlie looks absolutely adorable. Thank you so much for taking care of him!